A win against the DOE's growing incompetency cases

Despite continuous changes to the NYS evaluation law, the system is still heavily subjective. Many of our clients suddenly find themselves rated unsatisfactory, or ineffective, even though they have over 20 years of satisfactory experience.

A recent UFT arbitration victory can help build a defense against attacks for those still rated under the Satisfactory/Unsatisfactory method. See the article below and contact us via our intake form on GHNYLaw.com should you need legal representation. 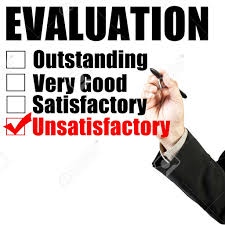 BY DOROTHY CALLACI | OCTOBER 6, 2016 NEW YORK TEACHER ISSUE
A recent arbitration ruling with significance for more than 5,000 teachers reinforces the UFT position that principals must conduct separate pre-observation and post-observation conferences when formally observing UFT members who are still rated under the Satisfactory/Unsatisfactory system.
Arbitrator Marlene Gold found that a principal’s acknowledged, so-called practice of making the post-conference for one formal observation the pre-observation conference for the next violated the UFT-DOE contract. Her ruling stressed the “clear and unambiguous” language of the contract regarding the need for separate and distinct conferences before and after a formal observation.
The arbitrator relied upon the testimony of UFT representatives when ruling that a preobservation conference must focus on the specific content of the lesson to be observed and the areas to be evaluated.
Gold ordered the formal observation report in question removed from the file of the teacher who filed the grievance. She also said that it could not be considered in determining the teacher’s overall rating for that school year.
UFT Grievance Director Ellen Gallin- Procida said the arbitrator’s ruling was important “because it confirms the different, but equally important roles of the pre- and post-observation conferences in supporting a teacher’s professional growth.”
The principal also acknowledged at the arbitration hearing that she did not announce formal observations in advance — another violation, according to Gold.
With respect to the principal’s lack of notice, Gallin-Procida said the arbitrator’s ruling “confirms that a formal observation is one where the teacher knows in advance when an administrator is coming.”
UFT members most affected by the arbitration decision include speech and pre-K teachers and teachers in the Absent Teacher Reserve and others not covered by the Advance teacher evaluation system.
Mindy Karten Bornemann, the speech improvement chapter leader, said she was delighted with the unambiguous language of the ruling. “The pre-observation conference gives our members the opportunity to discuss their lesson prior to their formal observation so they can do their very best,” she said.