Another Victory at GHNY Law - Teacher at CPE1 Exonerated 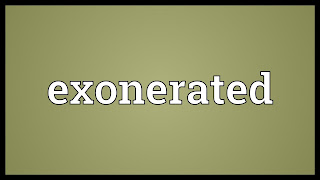 Unfortunately, the 3020-a hearing process is often used as a retaliatory tool against tenured teachers. Fortunately, GHNY Law's Jordan F. Harlow, Esq. has a very high success rate in representing teachers at these hearings. If you are ever in need of representation, please use our Glass Krakower contact form here at www.GHNYLaw.com.

The NYC Department of Education has seen a very turbulent environment erupt after Principal Monika Garg became principal at Central Park East 1. Investigations have been launched, staff was reassigned, and parents have been barred. Parents met with our firm and one staff member, who had frivolous charges launched against them, hired us to get him back to his students and school community. We are happy to announce that on May 15, 2017, Arbitrator Marc Winters dismissed all charges.

"The evidence in this case does not support the charges, filed by the DOE. After weighing the evidence presented by the parties and accessing the credibility of the witnesses, including a videotape this Hearing Officer finds the Respondent not guilty of the conduct charged in Specifications 1, 2, 3, 4, 5 & 6."