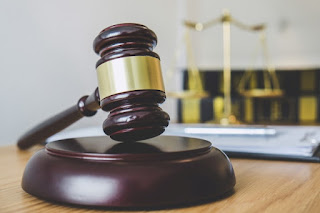 For example, in 2018, we filed 12 individual Division of Human Rights complaints for adult education educators, OACE, who were being discriminated against in the New York City Department of Education. We alleged that the basis of their discrimination was their age, and therefore their salary, by their administrators and OACE Superintendent Rose-Marie Mills. While our allegations were denied, enough noise was made and soon after, Superintendent Mills was removed and the atmosphere in OACE was improved. 'Tyrant’ superintendent will no longer head city’s adult education department

For many years, ATRs, members of the Absent Teacher Reserve, were attacked, belittled, and forced into retirement or terminated. We filed over 25 individual complaints to the New York State Division of Human Rights. Again, despite the SDHR denying their complaints, the next contract was not only more favorable than intended for ATRs, but since then predatory field supervisors have been all but removed from their supervisory positions of ATRs and the attacks have greatly diminished.

Even more recently, while the COVID-19 epidemic still looms, clients came to us for help in supporting them when schools seem to be opening unsafely. With the assistance of UFT Solidarity, a caucus within the United Federation of Teachers, clients who were denied remote teaching accommodations came to us for help. We filed a petition in the New York State Supreme Court to allow these educators to work remotely. An order to show cause was filed, along with a Temporary Restraining Order (TRO). A TRO commands the parties in the case to maintain a certain status until the court can hear further evidence and decide whether to issue a preliminary injunction.

-Judge Ramseur granted the TRO for a few days and the educators could work remotely.

-We invited others to join and had about 30 more proposed petitioners and sought to file an amended petition.

-Judge Rakower recused herself upon reassignment and the case was transferred to Judge Edmead.

-UFT-DOE changed policy regarding vulnerable family members which helped many, including our clients. We believe pressure from our case helped push this agreement through

-Through litigation and negotiation we helped get remote accommodations for 20-30 people who contacted us and helped many others get it with change of DOE policies. A policy we believe we helped put in place through the legal pressures with this case.

The fight continues and we are there every step of the way for our clients. If you're interested in our legal services, fill out our simple form at www.ghnylaw.com